The Walther Defense Division is a team of professional individuals with passion and skill to help advise Walther ensuring the brand leads the industry in concealed carry, duty, and home defense markets.

To ensure real-world experience is incorporated into every Walther product from the ground up, the Walther Defense Division consists of leading trainers and industry professionals. Each member of this unique team is a specialist in a particular area of handgun self-defense. Combining these different skill sets and experience assists Walther in creating performance leading products, bringing all this incomparable knowledge into the DNA of every product.

The Defense Division is an extension of Walther’s own mission to provide the customer with everything necessary to be READY in any situation. Authentically developing and creating products this way allows Walther owners to concentrate on being READY for whatever they may encounter.

Walther has the product covered, focus on being READY. 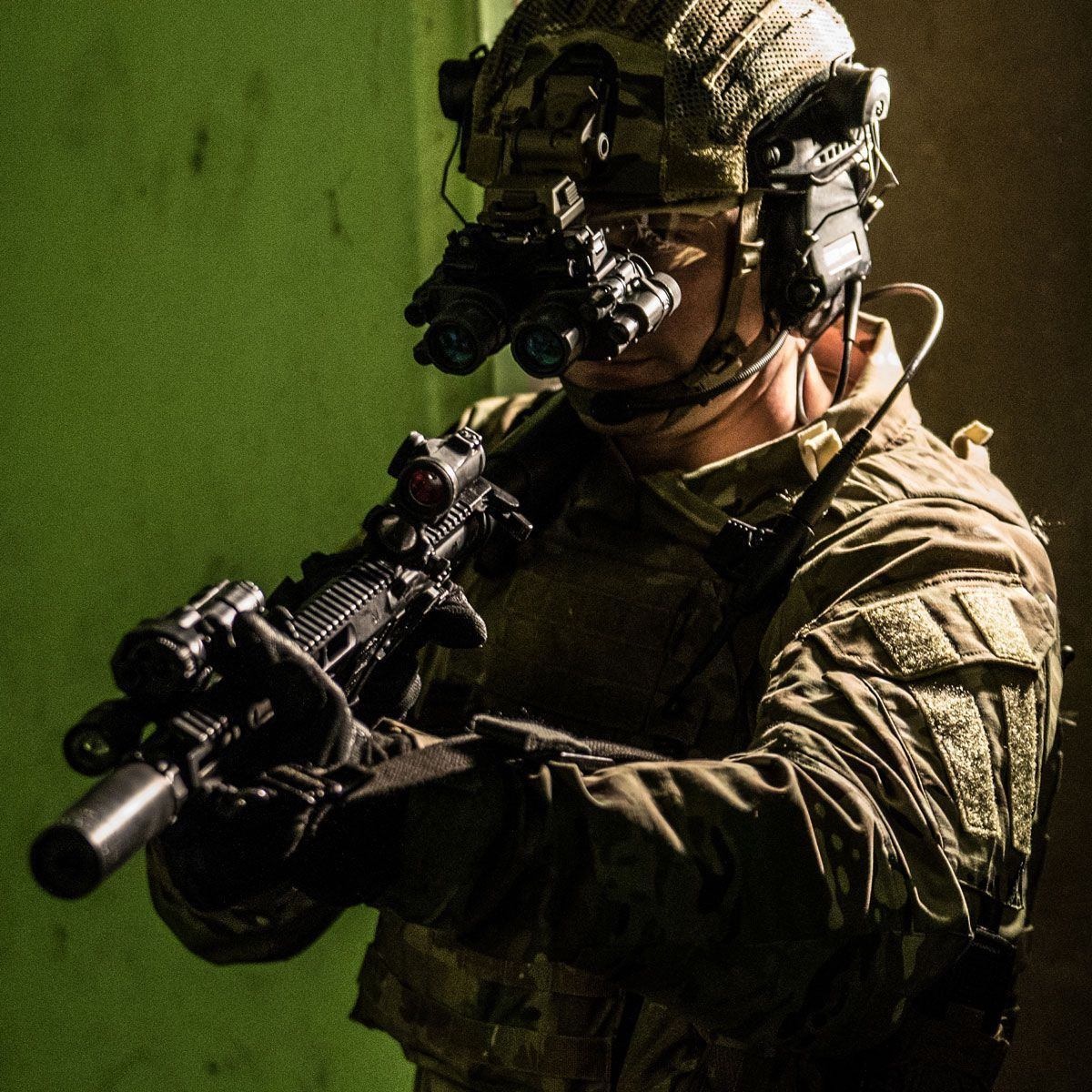 Based in Tacoma, Washington, Bill Blowers was first introduced to pistol shooting over 30 years ago as part of familiarization when he joined the US Army Cavalry Scouts in 1986. After six years in the Army, Bill spent the next 26 years as a Police Officer, of which 22 years were spent in SWAT, the special weapons and tactics team.

A keen teacher who enjoys passing on his experience, Bill has been teaching SWAT-related courses professionally since 2003, alongside running his own business Tap-Rack Tactical, LLC, since 2006. For training, classes and carry, Bill chooses Walther’s Q5 and Q4 steel-frame pistols, topped with red dot sights, and is currently using a Safariland 6354DO on a Blue Force gear belt and High Desert Cartridge Company ammo.

What he loves about Walther is: “The people first, everyone I have met at Walther has been really good. The teammates on the Defense Division are fantastic people and friends. The guns speak for themselves, extremely accurate and well made, excellent ergonomics, and the fact that I have shattered personal bests on drills using the Q5 SF has really made me a believer.”

Based in Idaho, Bill Rapier is the owner and lead instructor of American Tactical Shooting Instruction (Amtac) and also the owner of Amtac Blades.

Bill has recently retired after twenty years in the Navy, where his duty assignments included several years at SEAL Team 3 and over 14 years at Naval Special Warfare Development Group (DEVGRU). Positions held include assaulter, breacher, sniper, team leader, troop chief, and military working dog department senior enlisted adviser. He has always been an avid shooter and is heavily involved in combatives having earned a black belt in Brazilian Jiu-Jitsu. 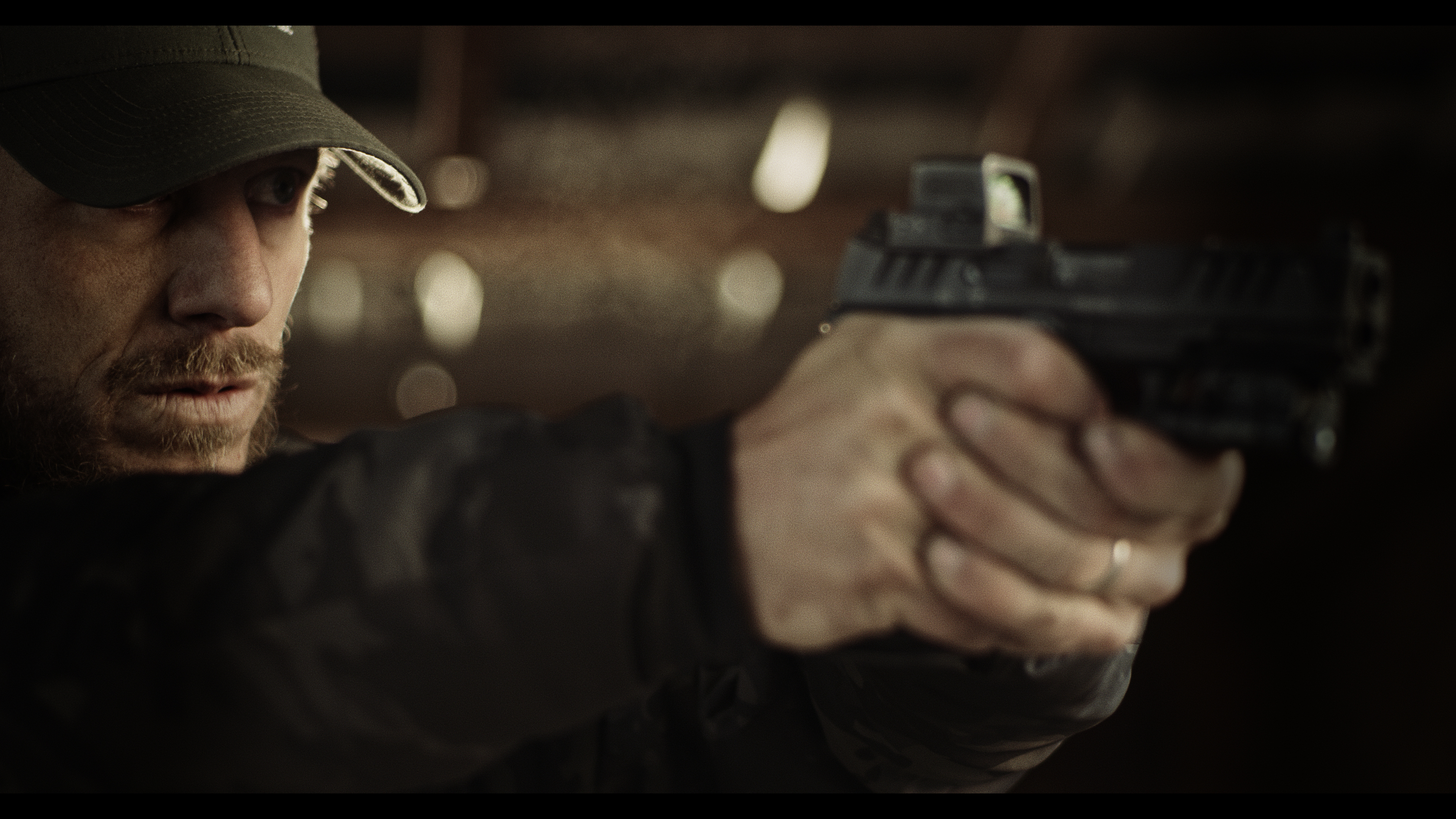 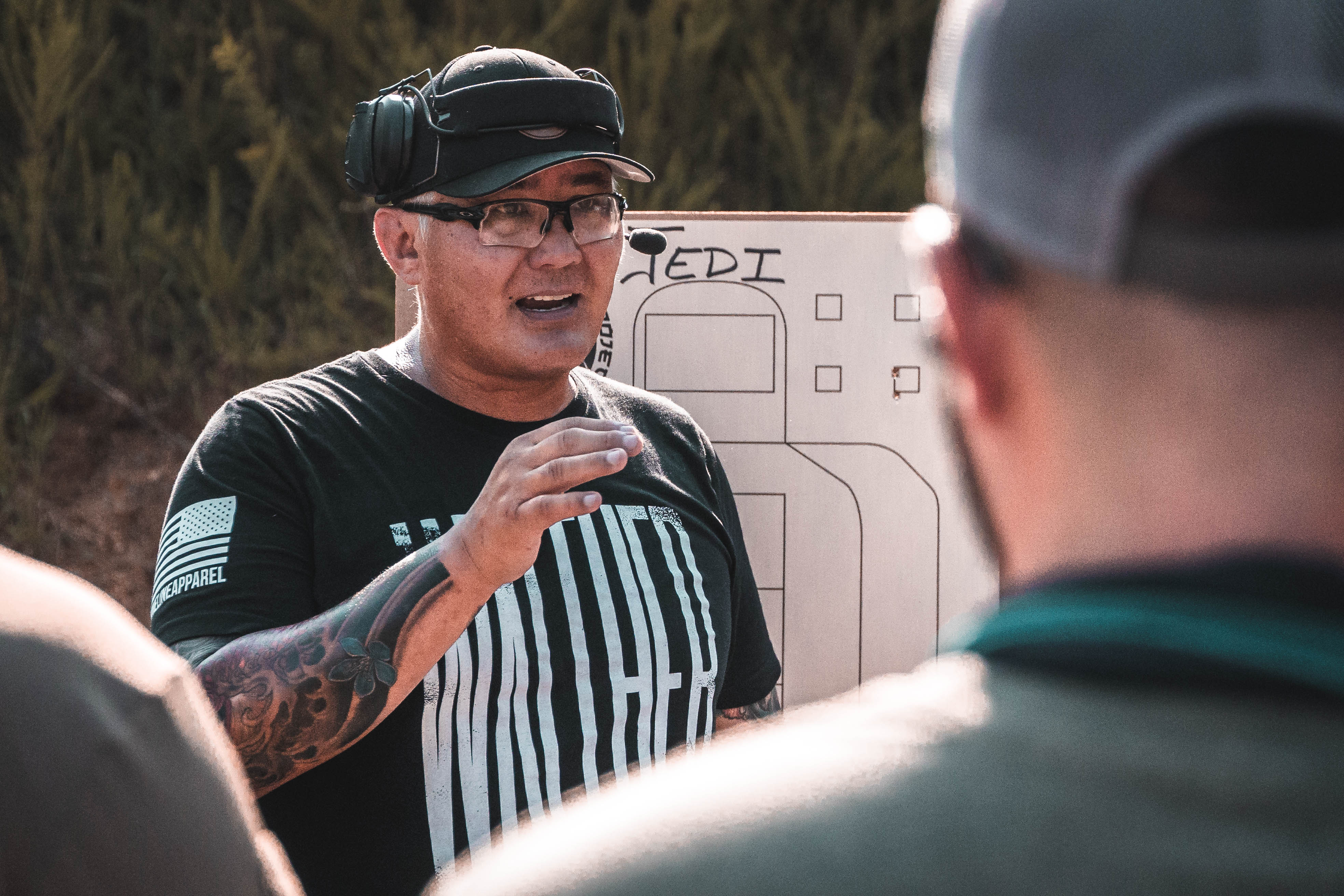 Based in Northern Virginia, lifelong martial artist Scott Jedlinski has always owned pistols but only seriously started training in the sport in 2011, when he figured out in his own words that: “Shooting is simply another martial art” and his love for it really took off.

A Master class USPSA shooter and FAST coin recipient, Scott specializes in red dot pistols and teaches over 70 classes a year nationwide to both civilians and all levels of Law Enforcement – up to and including the FBI – focusing on the art of the red dot pistol and appendix concealed carry. The piece of advice that has stuck with him his whole shooting career is: “The body works the way the body works. The laws of physics do not change because you put a gun in your hand.”

Scott shoots a Walther PPQ Tac 4 9mm, with Trijicon RMR, Parker Mountain Machine Comp, PHLster Spotlight holster, and Blue Alpha gear belt. Scott is proud to be part of Walther Defense Division because of: “The history, the commitment to self-defense and sport, plus the willingness of the company to listen to the shooters on the team.”

Based in Southern Maine, Tatiana first started shooting in 2011 at a NRA Women on Target clinic. It was the first time she had been on a range or held a handgun and fell in love with the experience. This passion quickly evolved from recreational use to personal protection as a single mother of two, turning her hobby into her full-time focus, study and profession.

“Joining the Walther Defense Division is an honor”, says Tatiana and is proud to be part of the Defense Division team as: “Walther has time and again proven to be an innovator in design, exceptional performance and quality in the defensive shooting industry. I am proud to be working with a company and with team-mates that embody that excellence, and have the dedication to bring the best products and instruction to the self-defense minded shooter.” 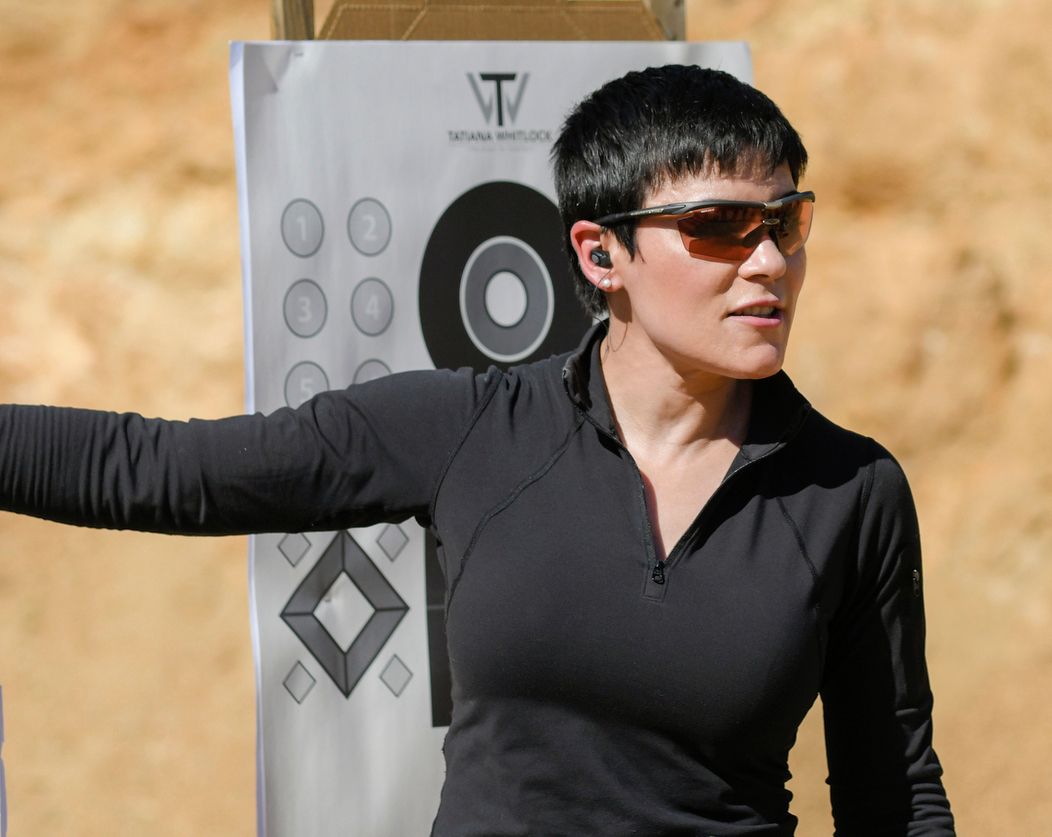 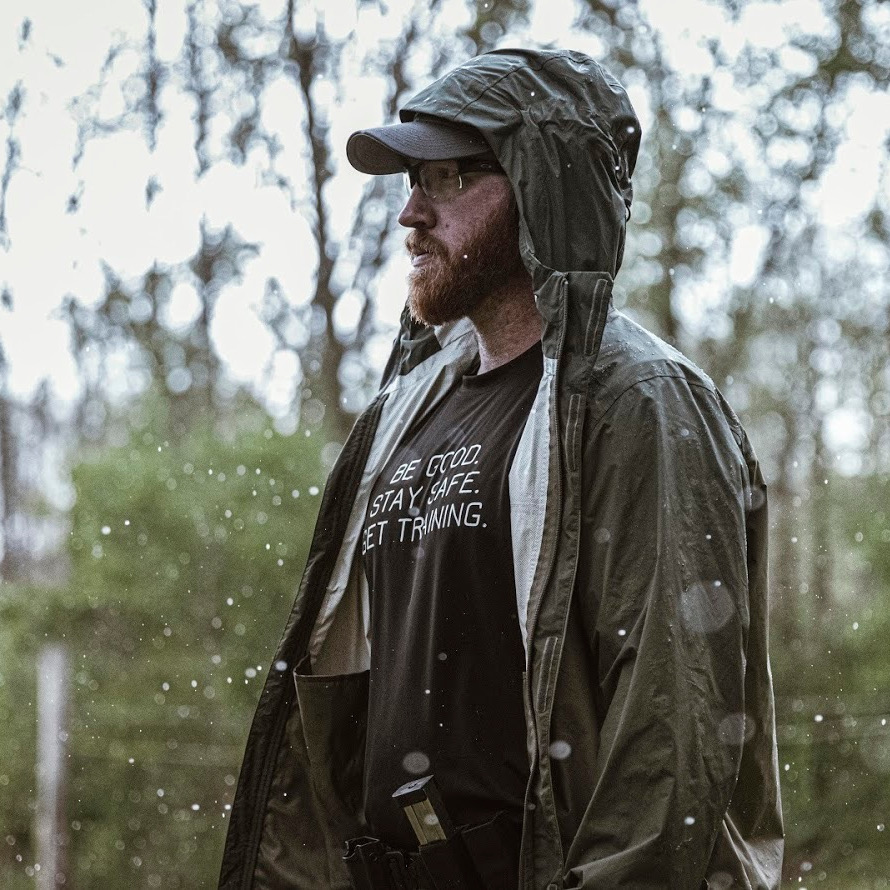 Based in Carol Stream, Illinois, Jim first started using pistols when he joined the Army National Guard as a Military Police Officer and served as a Military Police Team Leader on deployment in Iraq in 2003-2004. Now a 14-year Law Enforcement Officer, who has spent 10 years in the volunteer fire service, he’s a police Sergeant and was recently promoted from SWAT Team Leader to Assault Force Commander on a multi-jurisdictional team and SWAT School Instructor.

While not an active competitor, Jim occasionally competes in USPSA matches and graduated from both the FBI Firearms and FBI Carbine Instructor School taking Top Shot on both occasions, as well as Top Shot at SWAT School. Two years ago, Jim started his own teaching business, Tactically Sound Training Center, LLC to provide formal training options in firearms, medical and situational awareness.

His current gear set up is a Walther Q5 Match SF slide on a Q4SF frame, topped with a Holosun 507C V2 optic, running a Streamlight TLR-2 HLG. His duty belt is a Blue Alpha Gear MOLLE LEO Duty belt for patrol and a HSGI Operator Belt for SWAT. To improve your shooting skills, Jim recommends: “Surrounding yourself with a group of people who will push you to a higher level of success. Also, don’t be afraid to step out of your comfort zone and shoot with people who are better than you. The amount that you can learn from other shooters knows no bounds.”

With a long history as a user of Walther firearms, what makes Jim proud to be a part of Walther Defense Division is having teammates he highly respects and looks up to and he is looking forward to assisting Walther Arms as they continue to bring phenomenal products to Law Enforcement Officers and civilians alike.

Based in Moore County, North Carolina, Nick has been shooting pistols since he was a young kid. Hooked on the challenge the sport provides and dedicated to expanding his knowledge, he started shooting seriously back in 2011. Along with attending two to three classes per year, Nick competes in 3-Gun, PRS, team DMR, Steel Challenge, and most recently USPSA matches.

Four years ago, Nick began teaching with Solo Defense and has recently started his own company, Velox Training Group. He teaches performance-based classes to help his students become faster shots, yet keep their accuracy at speed. Nick says: “The part I like most is knowing I’m not only helping people achieve their goals in shooting, but I’m helping good Americans become more of an asset to their society and more self-sufficient.”

Nick’s gear setup consists of a Walther PPQ with Overwatch Precision trigger, as well as a Parker Mountain Machine comp and Trijicon SRO with a 5 MOA dot, riding in a QVO tactical wingman holster. What makes him proud to be part of the Walther Defense Division is being: “Involved with a company that understands guns from a shooter’s perspective. The fact that Walther has employees that not only shoot but are talented shooters, speaks volumes. It breeds ingenuity from a shooter’s view and that’s something I’m honored to be a part of.” 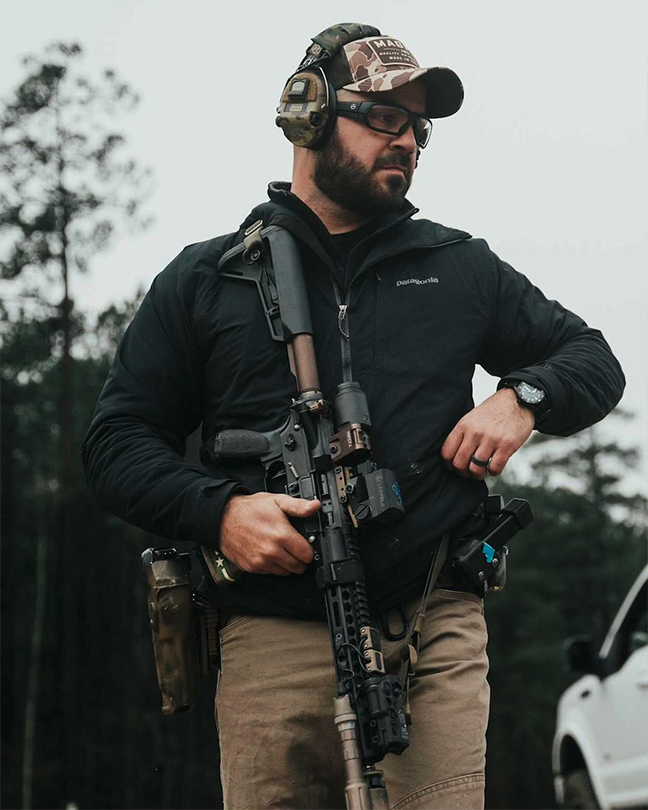